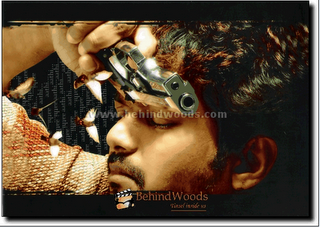 Courtesy Sify.com :
"
The failure of Tamil’s hot-shot director Dharani’s first Telugu movie Bangaram has set alarm bells ringing in the Tamil film industry. The question being asked is- Will Vijay now do the remake of Bangaram for which he has made producer ‘Swargachitra’ Appachan buy the rights?
Bangaram in Telugu has been torn to bits by the critics and the audience alike and even the fans of Pawan Kalyan are not liking the film(seen in the pic-Vijay & Pawan). This highly hyped big budget movie that released on May 3 (Wednesday) was trimmed by 22 minutes for all shows in Andhra by Thursday and collections are yet to pick up as it carries bad word-of-mouth!
So what happens to Appachan’s Tamil remake, for which he paid whopping price and was to be directed by Dharani’s assistant Bharathan? When contacted, Appachan was not available for comment but the trade feels- “Which superstar will dare to remake a flop Telugu movie”? "